skip to main | skip to sidebar

I always find it interesting to see how things are made, but have never been able to document something I have made from the start to the finish. These are two fire grates I made for a fascinating curator for the Gagosian gallery from the initial sketches to the finished pieces in his home. 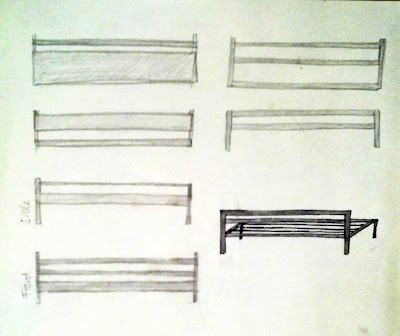 After a few tweaks, the final design was decided, and I ordered the metal. The sides were made out of 20mm x 40mm steel which I forged down and then bent. 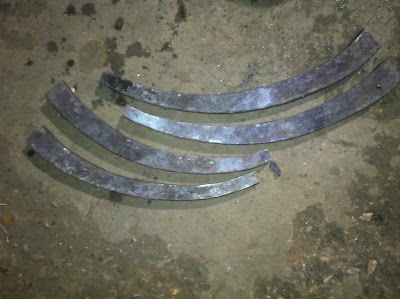 Then I drilled and drifted square holes. 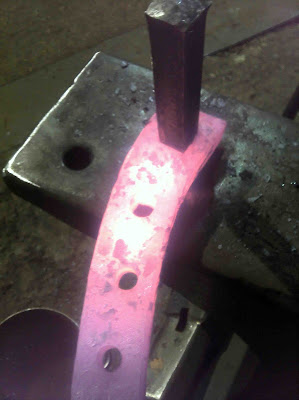 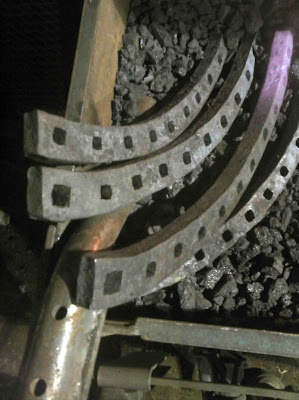 And then forced the square bars through to create baskets for the fire to rest on. This was very difficult as I hadn't managed to line the holes up perfectly so each bar wanted to twist out of shape. 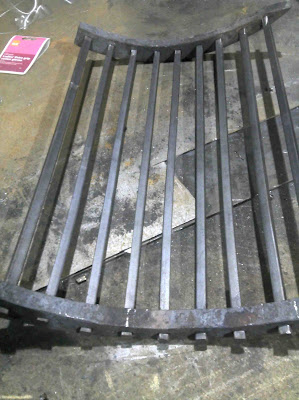 But eventually, with a lot of wrenching and a bit of welding, I managed to get them in place. Then I added some legs and they were done. 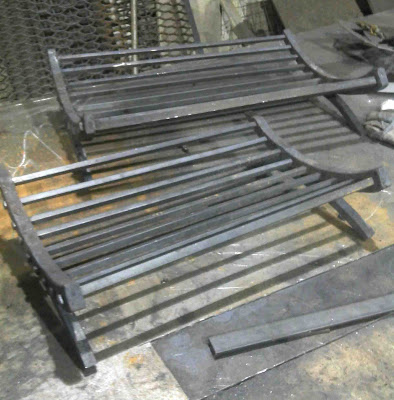 Here they are in place with fire backs. 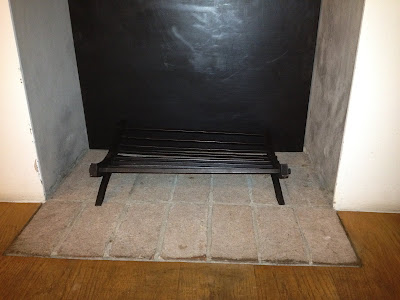 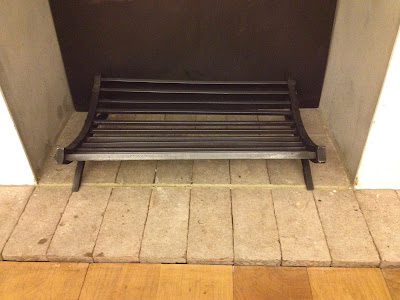 I've just found out I have got into Hothouse so will be working with a group of amazing silversmiths and jewellers from around the UK. Wooopa! Click on this link to have a look...
Posted by Agnes Jones at 06:58 No comments:

I've just had an exhibition at showcase cities in Bethnal Green - http://www.showcase-cities.com/london/# 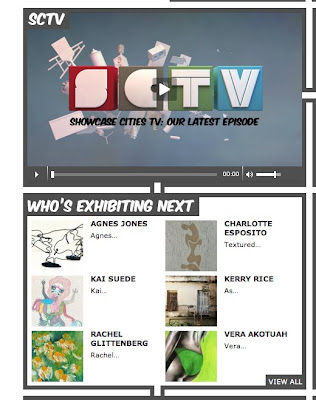 I only sold one piece, but mainly it was a good excuse to have something to work towards and lots of other artists to talk to about work and ideas. And then, of course, to have a little drink while looking at art! 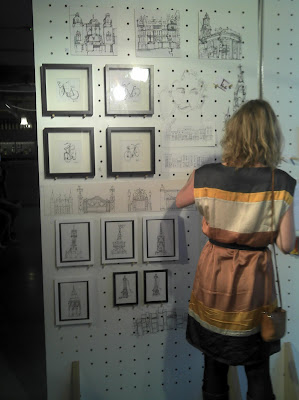 I've been doing some work for a wonderful calligrapher called Cherrell Avery who is currently doing a residency at the V&A. We had a talk about what she wanted to make - she has been inspired, in her residency, by the metalwork galleries, so we decided she should come into the forge to have a look at what could be done. 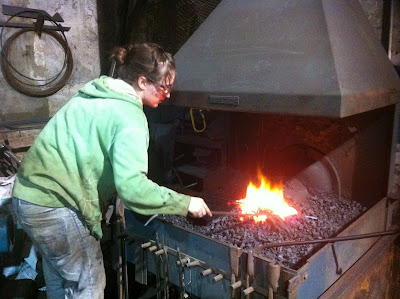 Having never taught or even had people watch me forge, it was rather a strange experience - I was scared I would make a huge mistake or try to teach her something wrong. But it went well, and we made some static, scrolled letters and then beat a bar out of shape using the power hammer to make the word "Now" in cursive script. 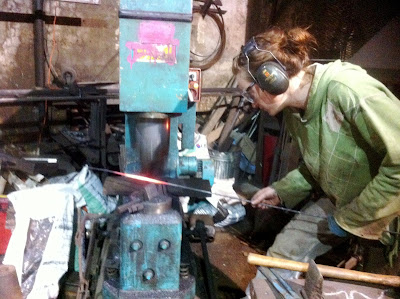 The results were quite beautiful - I've been interested in calligraphy for a long time and I've been very lucky to have had this opportunity to work with someone with such experience and skill. I think the cursive script suits my style of metal working better.

But, when all of the letters of the more traditional, static ones were done, I found them very interesting. I hadn't worked on that small, detailed scale in solid steel. But I think Cherrell's shapes are so beautiful the steel can't help but look good.

Here are some drawings of Berlin buildings - a collection of churches, town halls, and water fountains. 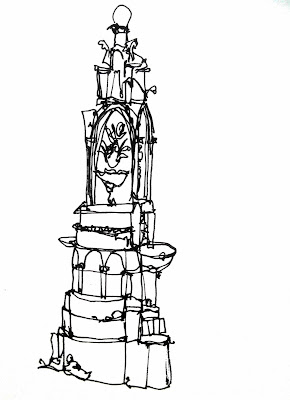 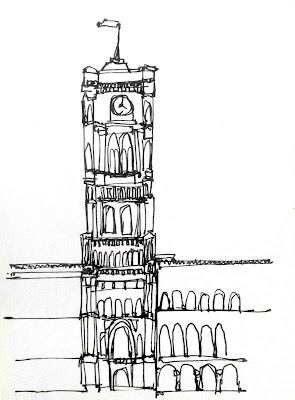 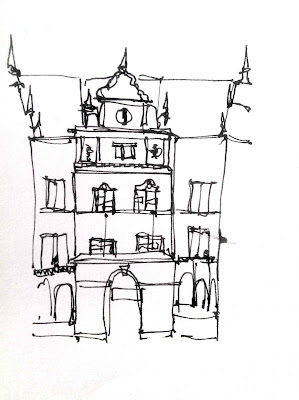 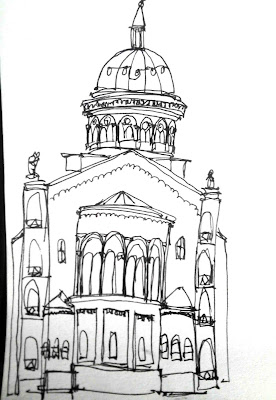 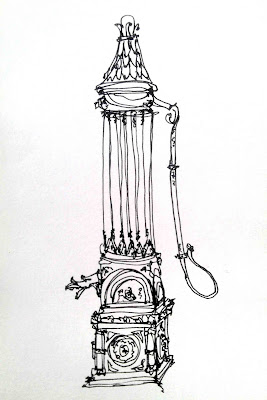 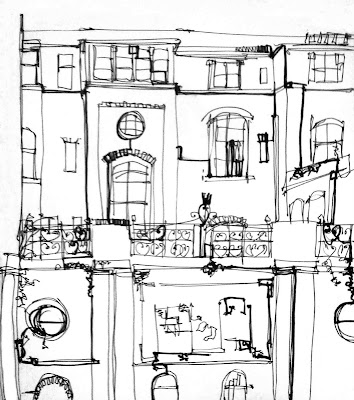 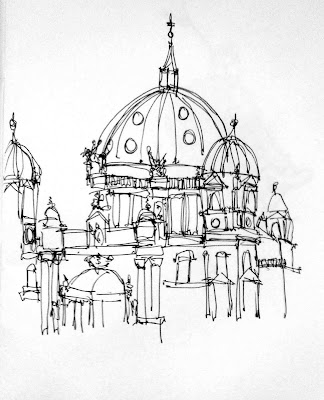 The weather has been a bit horrible this week so my project of Berlin Buildings hasn't gone very well. Hopefully I'll do some more this weekend!
Posted by Agnes Jones at 09:45 No comments:

I went to a blacksmithing festival in Stia, Italy last week so these drawings are of the time on the train and in Florence. The festival was incredible, I learnt so much and realised just how much I still have to learn. 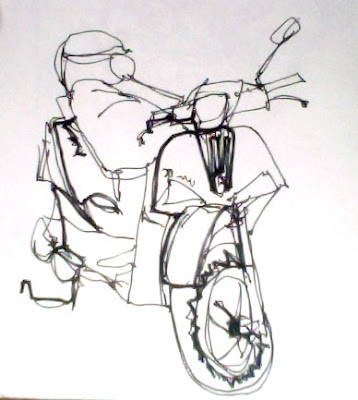 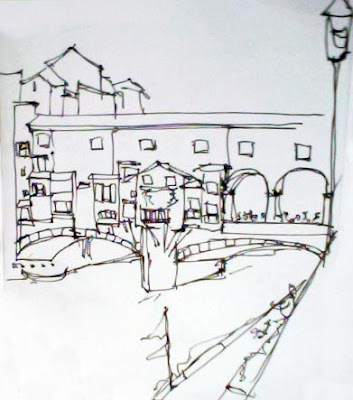 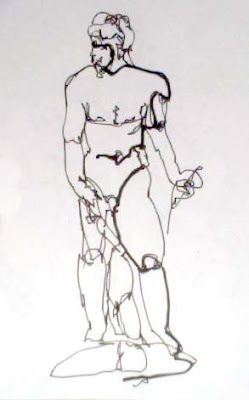 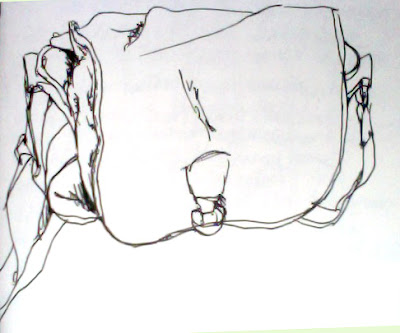